All this week we’re getting ready for the latest World Audio Drama Day, and celebrating the beginning to a countdown of a century! One hundred years ago, give or take, the first audio drama was broadcast – at one of several experimental stations in the United States, or Great Britain.

But the first audio fiction, of course, was the oral storytelling of our ancestors. Telling stories to each other in the dark, in front of a warm fire or light, is one of the oldest human experiences we have. Who hasn’t told a scary ghost story in front of a campfire group, or a fairy tale to a younger sibling who just can’t fall asleep? Whether you’re podcasting, performing on stage in front of a live audience, or broadcasting over radio, audio storytelling has a magical quality. Whether it’s a single storyteller talking, or a group contributing acting, sound effects, writing and production – audio fiction is heard and seen in as many ways as there are listeners, each contributing the creative power of their imagination.

Audio Drama Day is a great reason to play any and all of your favorites – or be inspired to go into a new direction of your own making. The last 99 years have brought us Orson Welles, Baby Snooks, the Undecided Molecule, and Little Orphan Annie’s Ovaltine decoder ring – but also Ruby the Galactic Gumshoe, the Firesign Theatre, Harry Nile, and the staff in orbit aboard Arthur C. Clarke Astronomical Observatory. As technology made it even easier to create and share audio drama, we first met podcast heroes like Red Panda and the adventurers living Afterlives, with each year expanding in scope to include weird towns, weirder radio stations, space travellers, and superhumans in therapy.

We’re about to reach the century mark of regular audio drama production, too. Historian Elizabeth McLeod has named the WGY Players, a group in upstate New York, as the first to regularly perform and broadcast audio drama in 1922. If you’ve ever seen Gene Kelly’s gorgeous Technicolor comedy about silent movies adapting to the microphone, “Singin’ in the Rain”, you have some idea how crude the audio equipment was back then. Radio was produced with a standing microphone, a heavy asbestos curtain, and not much else in the room. (WGY Players innovated somewhat with sound effects, but not to the degree we’d later see.)

While life, in general, had a very recognizably “modern” cast in 1922, most of the technologies we take for granted were in their infancy. Less than half the population even had access to a “party line” or shared telephone; when my grandmother, a teenage singer named Lillian Flosbach, would receive advance requests to appear on radio stations in New York City and New Jersey, the requests came by postcard. Broadcasters like WGY relied on listener mail to confirm how well they were doing, including during “Silent Nights,” periods when local stations dimmed, so that audiences could try to tune in new voices from other cities.

Today, if your community is still learning to embrace audio drama, social media and the web have made it easier than ever to discover audio drama from around the world, both new, and new-to-you. All this week, I’ll be discussing audio drama’s past, present, and ways you can discover great new things to listen to. Like Audio Drama Day itself, this series hopes to introduce just some of the possibilities of audio drama.

So why not start today with a selection from the first 50 years? If you’ve only heard “The Shadow” or even “War of the Worlds,” the Golden Age of radio has much more diversity to offer. Some of the best work done in audio drama was produced for CBS’s experimental Columbia Workshop, which won a Peabody Award. “The Fall of the City,” an original play by Archibald Macleish that explored the rise of fascism, is only the most famous among numerous stand-alone episodes. And it’s still as searing as a true crime podcast.

Come back for more – we’ll be here – and hearing – tomorrow. 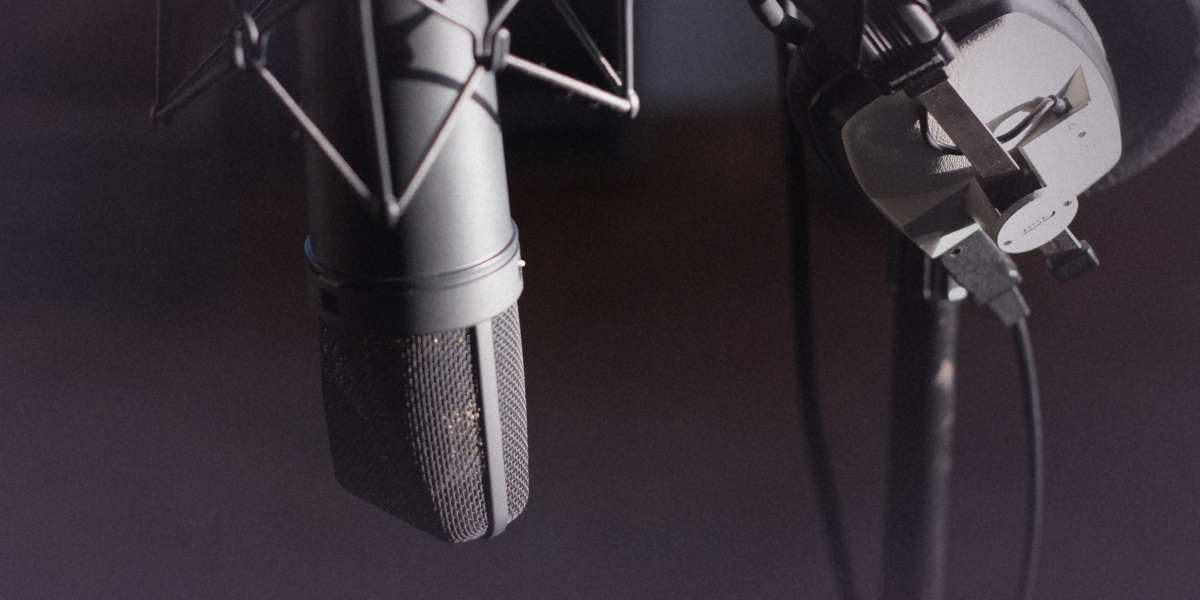 ...we seem to have missed #WorldAudioDramaDay. A mistake we shall rectify at some point.

Oh so it's #AudioDramaDay, is it? Well, I suppose I'd better give a little dishonourable mention to those who might not be working AS hard as yours truly but their shows are somewhat commendable and they seem like good eggs. It's time for RAMON RECOMMENDS... (1/2)